British Student in Finland: Kindness of Finnish People Brought Me To This Lovely Country

My name is Lauren Stevens and I’m from Britain. Graduated Master’s degree in Peace, Mediation and Conflict Research, Tampere University

I moved to Finland primarily to be with my partner, so I didn’t consider any other countries to study and work in.

Moving from The UK

I was excited about moving to live with my partner after being in a long-distance relationship for three years. I wasn’t that nervous because I’d visited Finland four times since 2012, and my partner helped me with the practical arrangements when I arrived in Finland in 2015. I was also interested to directly experience the Finnish education system. For the ‘European Project’ course during the fourth year of my Bachelor’s degree, I researched the integration of students with immigrant backgrounds into Finnish education by consulting Finnish teaching staff and education policy.

Did you experience culture shock and in what ways?

I found it difficult to understand the university’s teaching schedule, specifically which courses I should take. The Finnish education system is much more independent and flexible than the British education system that I was used to, and I found it surprising that it was possible to take from other study programs. It was also challenging to find part-time employment and make Finnish friends. As someone with mild dyslexia, I struggled to learn the Finnish language. I also struggled with the darkness and cold during the winter.

How did you budget your money and time while studying abroad?

We survived on my savings from my summer job and my partner’s income. For the first six months until I found a job in a fast-food restaurant. Foreign students can often be discouraged from applying to study in Tampere. This is because many believe that it can be difficult to find a part-time job to support themselves. Several months into my studies when I felt I was settled into Tampere and had time, I started searching for a part-time job. I searched for jobs related to my previous experience in kitchens and teaching English, so I applied to restaurants, hotels, and private English schools. I was also willing to gain new experience working in a position that I hadn’t before, such as bar staff or a cleaner.

Eventually, in January 2016, I had my first interview. It was for a restaurant called Fafa’s that opened in February 2016, and I got the job! Fafa’s was originally established by an Israeli who struggled to find work in Finland and alternatively opened restaurants serving cuisine from Israel. In November 2016, Fafa’s had 100 employees from 31 different countries, all six continents, and all kinds of backgrounds. There were 7 restaurants in Helsinki, and Fafa’s has been chosen as Helsinki’s best street food restaurant several times. In 2016, four restaurants opened in Tampere, Lahti, Turku, and Jyväskylä. Fafa’s is looking for franchisees in other Finnish cities, so new restaurants will likely open elsewhere shortly. In Fafa’s, Finnish language and restaurant experience are not necessary, and the restaurant employed many foreigners, although it is possible to try to practice Finnish whilst taking orders. I enjoyed my work because the atmosphere was interesting with a mixture of Finns and foreigners, and is usually fun and relaxed. It kept me pretty busy, but it was manageable, and I worked there for two years. I left to focus on my studies and found a better-paid job working as a cleaner at a kindergarten.

I discovered that employees must have a Hygiene Passport if they work or to handle unpacked easily perishable foods. Such foods are, for example, milk, meat, and fish. It is required that within three months of commencing work you must acquire a Hygiene Passport. In order to obtain a Hygiene Passport, you must pass a Hygiene Proficiency Test. Unfortunately, this cost €53 in English, as opposed to €40 (student price) had it been in Finnish. When serving alcohol, you must also have an Alcohol Passport. However, your job prospects likely improve when you have these passports.

In Finland, it’s possible to apply for a study grant from Kela (Kansaneläkelaitos, The Social Insurance Institution) on the basis of moving to Finland for family ties, including to be with a spouse. At first, I couldn’t get a study grant because we are a same-sex couple, so the authorities automatically considered us as no more than friends. We had to provide proof of our relationship, but this was rejected. We sent multiple appeals, but these were also rejected. A man and a woman who aren’t a couple, but share a flat, may have the opposite experience, in which the authorities assume that they are a couple and therefore want to cut their funds, so they have to prove that they aren’t together. This can also work in the favor of a same-sex couple who live together, and both already receive study grants, because they can just let authorities believe that they aren’t together to receive a bigger grant. This was pretty annoying for people in a situation like me, as I knew of people getting extra grants whilst I couldn’t get any. If they were a man and a woman, the authorities would probably assume that they’re together and try to minimize their housing grants.

Instead, I worked 18 hours per week to get the study grant. This is because it’s possible to apply for a study grant from Kela provided “you have arrived in Finland for some other reason than to study. Such a reason can, for example, be employment, family ties or return migration.”. Alternatively, “if you are a citizen of another EU or EEA or of Switzerland, you can get financial aid even if you have come to Finland to study. This requires that you are employed in Finland for at least 4 months with an average of at least 18 hours of work per week”. I didn’t need to work that much and earn that much money, but it was all or nothing. My studies suffered as a result and are probably part of the reason why I didn’t graduate on time. As same-sex marriage has been legalized in 2017, an applicant in a similar situation to mine could get the grant.

I had international student friends who have been employed as newspaper deliverers, cleaners in a department store and a hotel, and a street fundraiser, among others. Whilst it can sometimes feel difficult to find a job because many jobs require fluent Finnish, there are exceptions, like in my case. If you are perseverant and innovative I believe it is possible to find something, or even establish your own business, because opportunities for foreigners are improving.

I’m very grateful to my wife for being encouraging and patient and financially supporting us during my Master’s degree. She motivated me to study a Master’s degree in Finland and supported my endeavors to work part-time in the evenings and at weekends, study the Finnish language, attend international conferences and events, gain volunteering experience that is relevant to my career aspirations and that I hope will improve my employability, and accept an internship position at the Åland Islands Peace Institute last year. I would not have achieved what I have today without her, and I can’t imagine being with anyone more supportive than she is. When I was sat in front of the computer screen day after day, she brought me cups of tea, freshly made smoothies, and hot meals when I was at home; and made me packed lunches when I went to the university. She was ready to compromise and forgiving of my being absent, neglecting my responsibilities at home and in our relationship, and delaying my graduation to pursue my other endeavors. Now that I have graduated, I’m enjoying spending more time with her. I hope that our hard work has paid off and that I am successful in my search for full-time employment to relieve her of some stress and improve our financial situation so that we can both have a better quality of life.

How was your study in Finland experience?

As an EU citizen, I didn’t have to pay university tuition fees, and even my meals and healthcare were subsidized. I think that studying here was a great opportunity because I met people of different nationalities that I had never encountered before, which changed many of the ideas and prejudices that I had previously had about them. Through volunteering as a School Visitor for Erasmus in Schools, I had the opportunity to visit Finnish primary, secondary, and upper secondary schools. I observed that the schools offer free meals for every student. There are more breaks and less homework. Yet, Finland is one of the most successful countries in the world in terms of education.

I fell in love with Finland because of its small population, education system, the welfare system, low levels of corruption, flexible and less working hours, better pay, low levels of crime, significant contribution to peacekeeping, healthier food, respect for the environment, recycling facilities, and cycling infrastructure. I especially like Tampere because it has nature, an interesting history, more time for and cheaper leisure activities, and vegetarian and vegan food options.

What is your favorite phrase or word to say in Finnish?

Where are you going next?

Advice for new students planning to find work and establishing a new life in Finland? 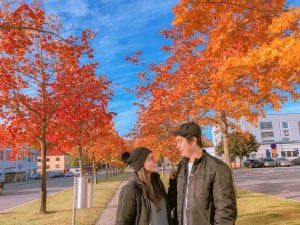 Hi! I’m Kimberly – a Filipino student here in Finland from Davao City. I’m currently studying in Vaasa as a Cook and planning to complete 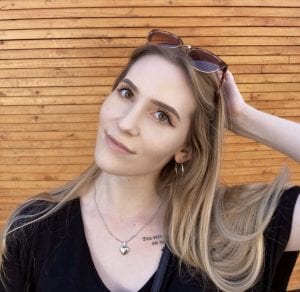 In 2018, I started my journey as an international business student at Tampere University of Applied Sciences. In my studies, I was able to choose 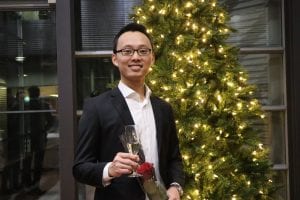 Long Tran is currently an application developer at InSolution Oy, Tampere. He graduated from Häme University of Applied Sciences (HAMK) in 2016 with a Bachelor’s 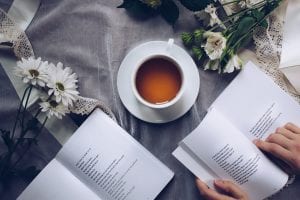 Student’s Guide for Studying at Home

Many students are now facing a whole new semester of online studies. Possibilities to spend time outside of our homes are limited. It can be

Read more
We use cookies to ensure that we give you the best experience on our website. If you continue to use this site we will assume that you are happy with it.OkPrivacy policy