Comparing the Netherlands to Finland: Differences and Similarities

Back to the blog-post series of “Comparing … to Finland”, that 3 dots for today will be filled by the Netherlands country, often called Holland, while its people are referred to as Dutch. But let’s check out some highlights of both countries! 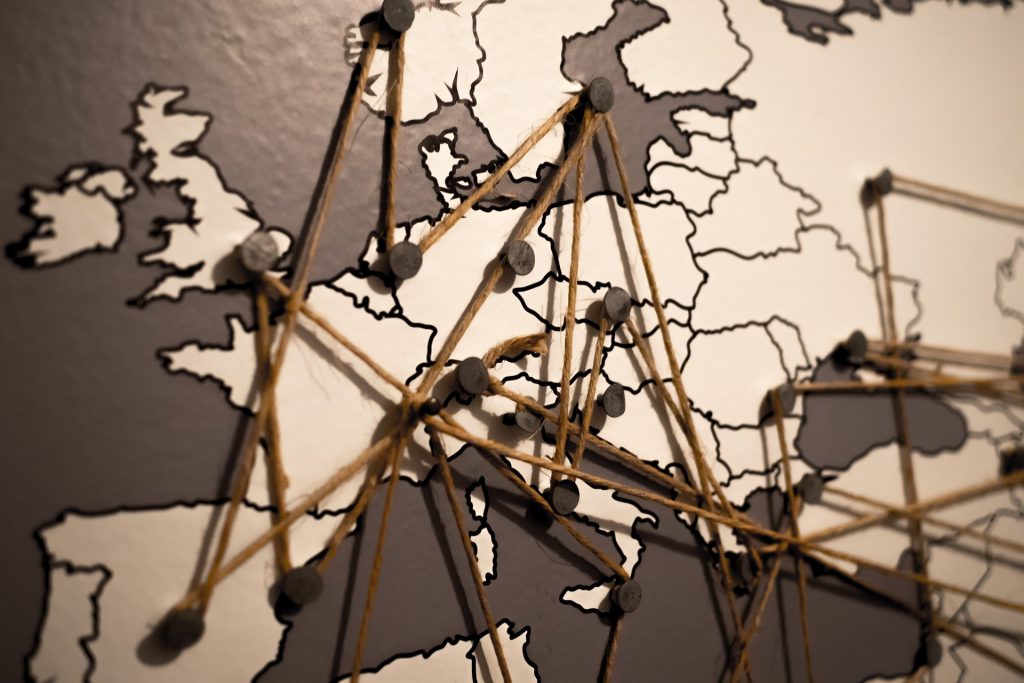 Screen capture from My Life Elsewhere

Screen capture from The True Size

The Netherlands is a very flat country with almost 25% of its land at, or below sea level and protected by dikes. That is the reason why its people are also called with another name “Low Dutch”. Unlike Finland, mostly flat land but with more than 70% of it covered by thick forest, countless clear water lakes, innumerable islands (archipelago), rivers and streams as well.

From the ranking table of European Countries With The Most Forest Cover (2019), Netherlands stands at a quite low place, with no. 32 for just 376 thousand hectares. Whereas, Finland outstandingly tops no. 2 for forest coverage rank, just after its neighbor – Sweden for 22,218 thousand hectares.

Tulips and windmills are the most famous and distinguished icons of Holland – the low and flat land. 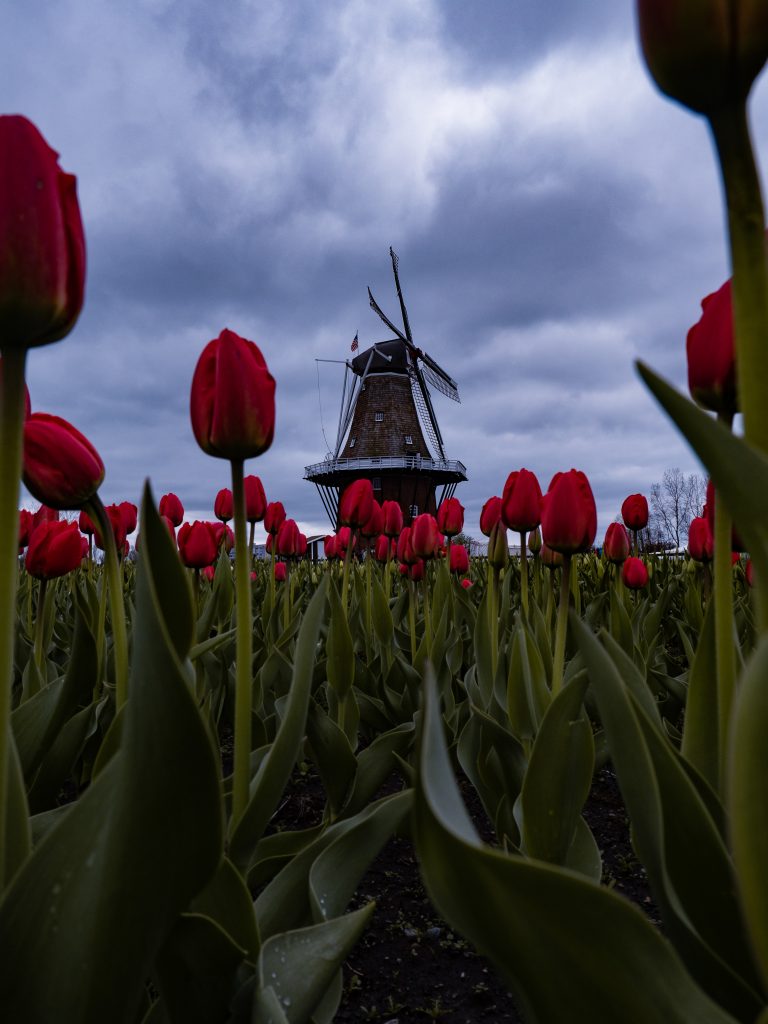 As mentioned above, more than 70% of Finland’s total land area is covered in forest. Finns are themselves when they are in the green forests, it means the forests are like their friends, their soulmates. Activities of Finnish daily living are mostly walking in forests, mountain hiking, berry-picking, BBQ party, camping, and so on; or just simply walking into the woods.

Both of the countries often are ranked as the best and the happiest places to live in. In this year’s World Happiness Report the Netherlands was ranked the 5th happiest country on Earth and Finland was again crowned the best nation to live in. The remarkable grounds for making Finland be awarded- the 1st place are the generosity of its people with little to no corruption, exceptional GDP rate, the extraordinary freedom of married, also offering by its landscapes and social structure, pointing out that Finland is a great living place for all people around the world. 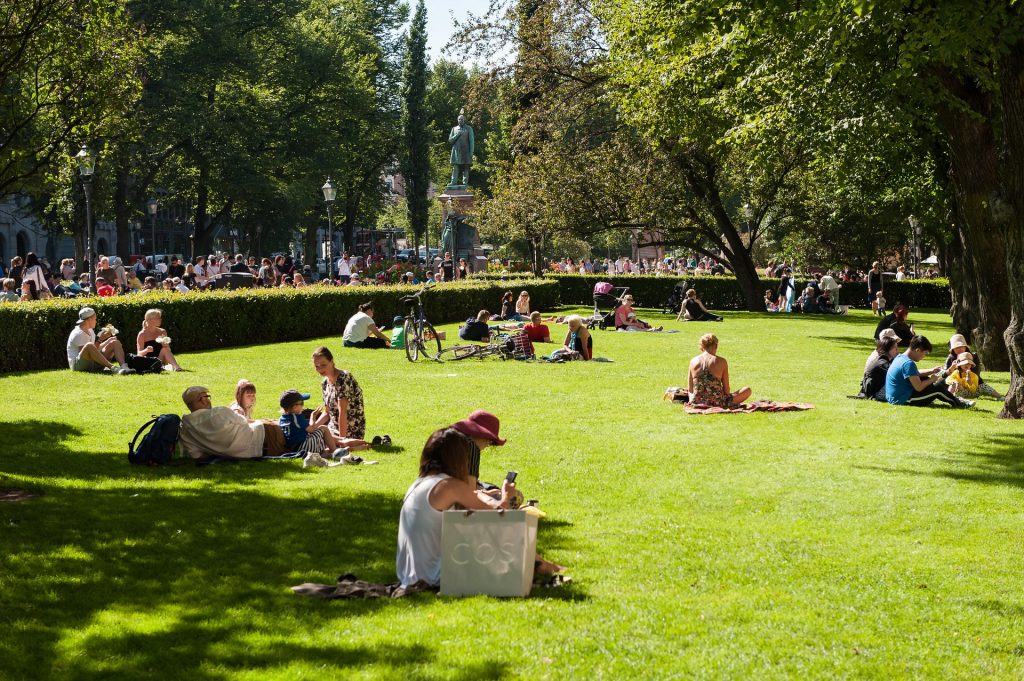 Finland is again awarded the 1st place for the best and the happiest country to live by the culture and the way of Finnish people living close to nature, and by the generosity of its people with little to no corruption. They are honest, polite, trustful and very helpful if you need a hand. People also respect each other and respect individual space.

Like the Finns, the Dutch are known for their liberal, open-minded attitude. It means that they are tolerant of different behaviors, proud of equal rights, and are accepting of new cultures and ideas.

Finland is one of the first countries in the world to grant women the right to vote. Thus, we can see clearly from the Sustainable Development Goal (SDG) – Gender Index,  its country is the best performer in achieving a near-excellent score of 89.3 out of 100 for gender equality in Gender Index, just after Denmark. While the Netherlands came in at 5th with a score of 86.8. Holland’s government still works towards to enhance legislation, change norms and values to order to improve women’s rights and gender equality. 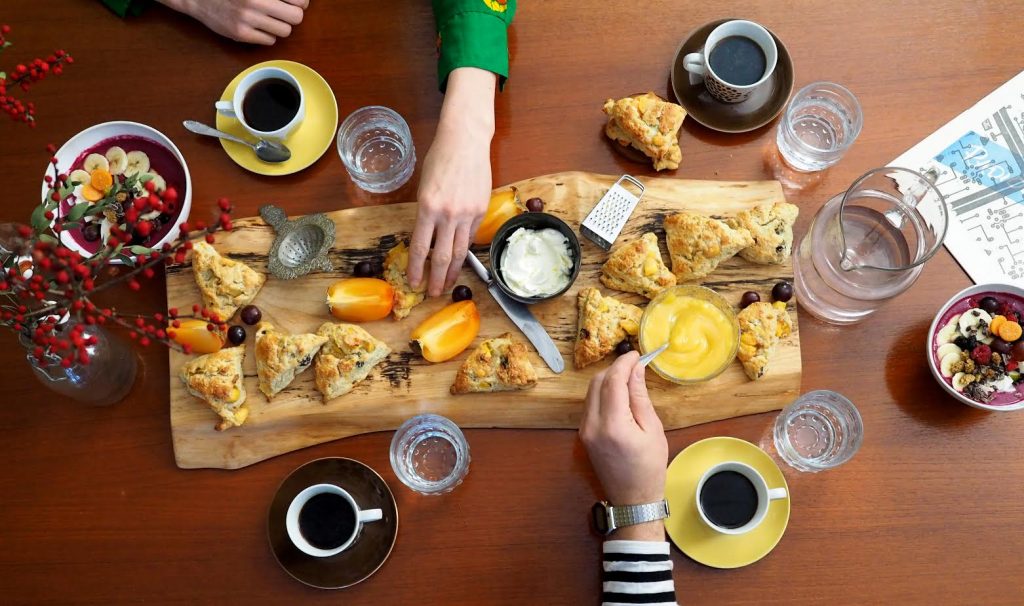 Salted liquorice, or “salmiakki”, is the most popular and amazing candy in Finland and is enjoyed by people of all ages. It can be found in almost every variety bag of sweets sold in Finland and is an ingredient in chocolate, ice cream, liquor and so on. Likewise, Dutch people love this candy or “drop” so so much that they eat on average 2 kg per person, per year. That is more than any other country in the world! 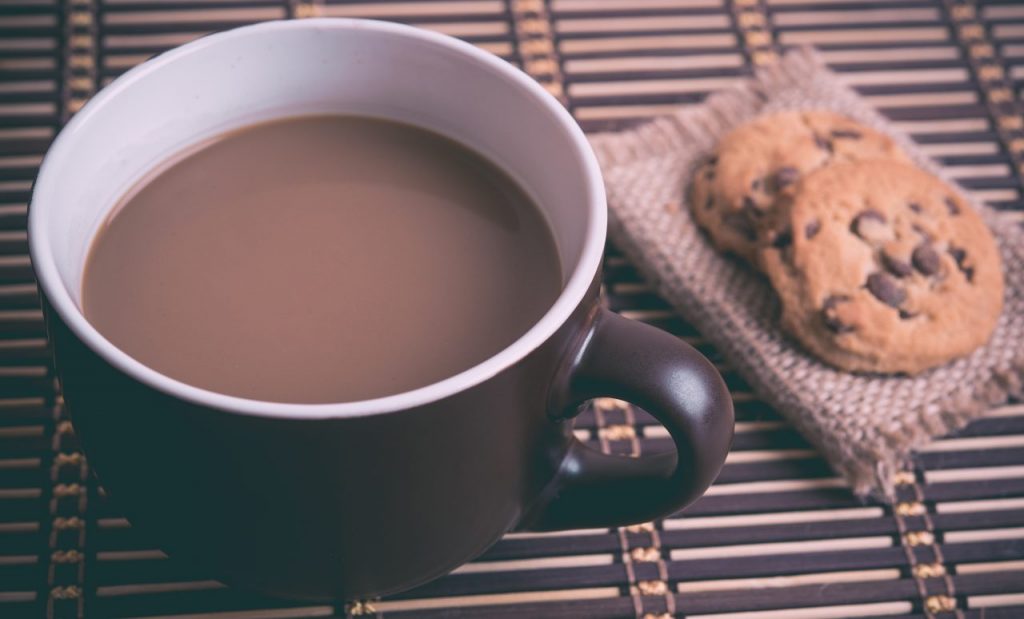 It is funny that on top 10th coffee consuming nations in the world – based on per capita consumption, the Dutch ranked the 5th for consuming 8.4 kg of coffee. Nevertheless, congratulations again for the Finns as they outstandingly ranked no.1 for drinking an average of 12 kg per capita.

Finnish people are famous for being heavy coffee-drinkers and the average Finn will consume as much as 12 kg of coffee a.k.a “kahvia” annually. Similarly, Dutch love their cheeses a.k.a “kaas”, they have been making cheese since 800 B.C and consume about 21 kg per year per person.

Speaking of coffee, the most common coffee variety in Holland is Koffie Verkeerd or “wrong coffee”. The name infers a wrong ratio between milk and espresso – it is a 50/50 mixture instead of the usual recipe of coffee topped with only a dip of milk. Mainly, Koffie Verkeerd is the Dutch version of the typical Café latte  (Italy) or Cafe-au-lait (France).

Data collected from My Life Elsewhere

In general, the cost of living for both countries are quite the same. The worthy mention here is that as a student, you can receive numerous  student benefits, affordable student services, and discounts.

Needless to say, Finland persistently stands at high prestigious rankings of worldwide educational systems. One of the most basic and well-recognized educational priorities that Finnish educators have done best is Equality. This means all students, regardless of their ability and socio-economic background, are taught in the same classes and provide extra bits of helps to those who need it. Furthermore, there are no private schools in Finland as all schools are 100% publicly funded. Emphasizing again that each student has equal access to cheapest school meals, health caring, and individualized student guidance. As a result, the gap between the weakest and the strongest students is filled and becomes the smallest in the world.

Looking at the Netherlands’ compulsory educational system, children go to school from the ages of 5 to 18; most children nonetheless start to attend elementary school at the age of 4. Finnish children, in contrast, don’t start school until they are 7 years old, but Finland has strong preschool and daycare programs. While the structure of the Dutch’s primary education is straightforward, the structure of the Dutch’s secondary education system often seems a little confusion because of the multiple paths and graduation ages in high school. Nevertheless, like Finland, the education system in the Netherlands stays focus on teamwork, create an ideal environment to make friends, and develop student’s international orientation as well. Besides having public schools, there are some small private schools in the Netherlands, being established and run by private individuals, usually parents. All in all, it’s “six of one and half a dozen of the other” when comparing the education of Finland and the Netherlands. 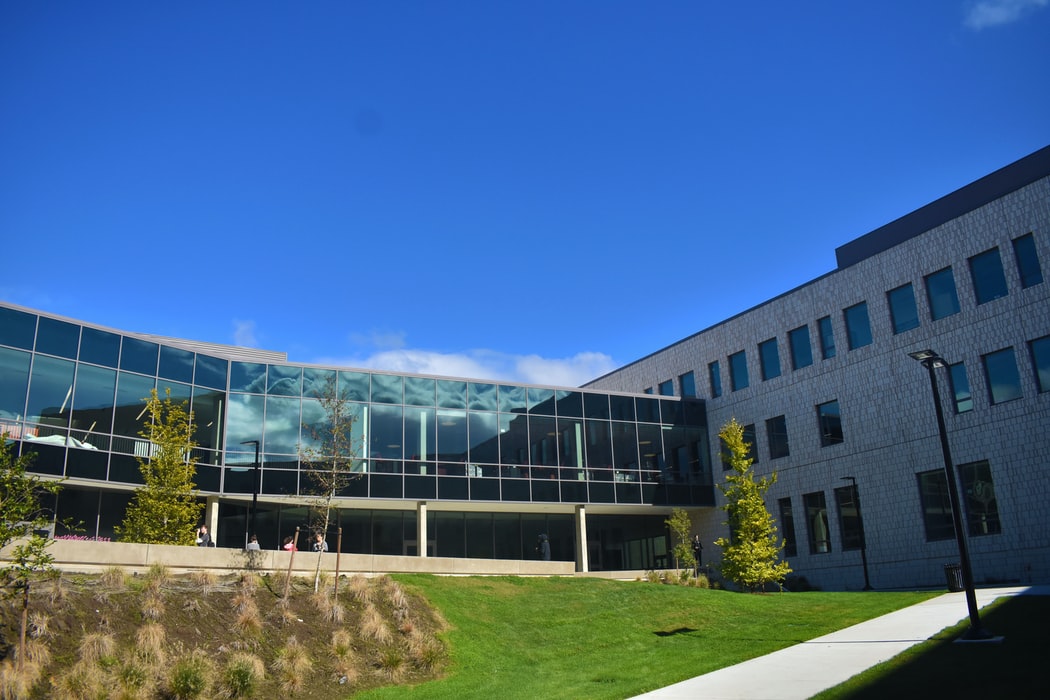 On the first day of Finland’s university schools, international students will have an orientation day. Each university has its student counselor system, guided by the student counselors and student tutors. Student tutors are usually second-year students, are well-trained and active to “break the ice”, give instructions and important information to the newbies during the first study year. They show all students around campus school, such as libraries, self-studied rooms, canteen, health-care centers and so on. Also, they guide them around the city view, organize the meeting and cultural events and parties after school. All activities are held to help newbies have a well-balanced student life and delved into Finnish student culture and its traditions. 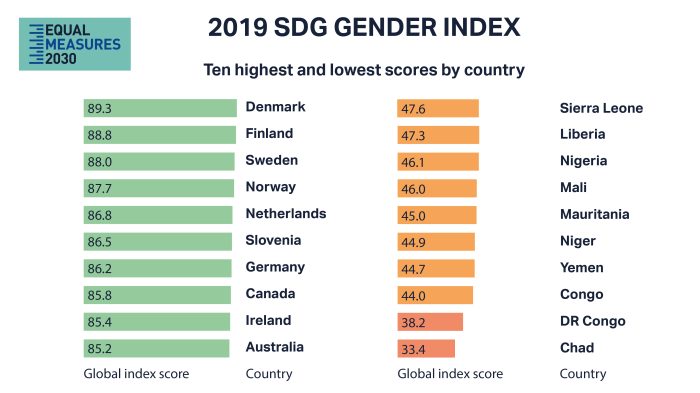 Similarly, Holland universities have their student association for running the orientation day; bring students all together for academic activities, sports, and recreation.

Do you know that the Dutch’s love for hockey started well over 100 years back? With a population of about 17.1 million, the country has around 350,000 active members who play regularly for their clubs’ various teams. This makes it more than 2% of the total population. Moreover, hockey is the second most popular team sport in this country after football, but the hockey teams are much more successful. If you were in Holland, you could see people of all ages (7 to 70 years old), of both genders, playing hockey with great enthusiasm and passion.

If you haven’t heard about Finland’s sport, here is a shortened but informative part about it. Ice hockey is Finland’s national sport, and its popularity is comparable to baseball in the United States or football in the UK. Impressively, there are the huge milestones of Finnish Ice Hockey until now. It is a part of Finnish souls and culture. Both Finnish women’s and men ‘s national ice hockey team are proudly ranked 3rd in the IIHF World Rankings. Recently on 27 May, Finland won the ice hockey world championship in Slovakia, marking it the third world title for the Lions or “Leijonat”, following is the previous championship-winning in the year 1995 and 2011. Congratulation Finland!

Read How to make a perfect student residence permit application to Finland, and check out our interviews with Diep Linh and Quynh, students from Vietnam for their thoughts about studying and living in Finland! 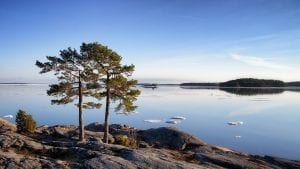 India to Finland: How to apply to Finnish universities! 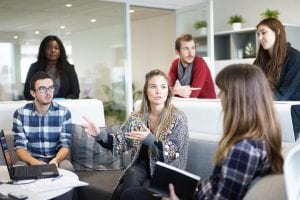 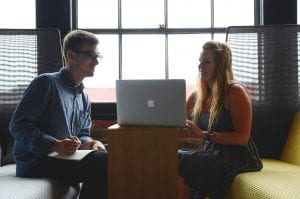 Why Finland Is The Promised Land of Startups

Read More »
PrevPreviousBritish Student in Finland: Kindness of Finnish People Brought Me To This Lovely Country
NextSpending Your Winter Break in Finland WiselyNext

India to Finland: How to apply to Finnish universities!

One of our Edunation coordinators, Tatu, talks about what it is like to apply to Finnish universities! University in Finland Applying to study in a

Finland is one of the best places in the world to study and work. Working in Finland is attracting many people. The reason is the

Why Finland Is The Promised Land of Startups

Do you have an outstanding idea in your mind? Would you like to become an entrepreneur in the world’s happiest country? The Nordic countries are 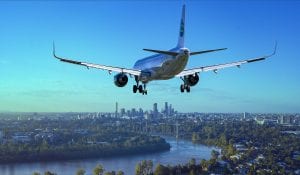