SAMK student: Experiences of a Sri Lankan in Finland

Buddhi – a Sri Lankan student – arrived in Finland earlier this Autumn. He is currently studying International Tourism Management at Satakunta University of Applied Sciences (SAMK). We had the chance to interview Buddhi about his experiences here in Finland, and how he feels about life here.

Decision to come to Finland

Even though Buddhi is originally from Sri Lanka, he used to live in Italy before moving to Finland. When asked about why he decided to come to Finland, his response was really clear: Finland is the happiest country and has the best education system in the world. These were things he had heard about Finland before coming here and were enough to convince him to pursue his studies in Finland.

There was also another reason why Buddhi decided to come to Finland. Prior to coming here, he had a dream about seeing the Northern lights. He knew that Finland is one of the best places to see them, so it was just a bonus for him when choosing the country for his studies. Unfortunately, Buddhi has not seen any Northern lights yet. However, he is planning to go to Lapland at the beginning of next year in order to catch a sight of them. We hope his dream comes true!

Initially Buddhi wanted to apply to a university in Helsinki. However, he ended up applying to SAMK because he felt like Pori (where SAMK’s campus is located) is a better choice for him compared to Helsinki. Buddhi explained that he is not a fan of big cities, so naturally he went with an option that would suit his preferences. That is how he ended up as a student in SAMK!

Buddhi is studying a bachelor’s degree in International Tourism Management and according to him, it was the best decision of his life! He finds the study program very interesting and quite different to what he had heard about tourism before. The studies have a focus on marine tourism, which he also finds very interesting.

So far, student life has been very smooth according to Buddhi. It has been a surprise to him, because he had slightly different expectations. As an international student, Buddhi expected to have troubles due to language barriers and the sudden change of everything. Against his expectations, everything has been going extremely well!

Buddhi says that in Finland, there are a lot of options for international students. Many of the locals know English, so there won’t be any problems getting by even if you don’t know Finnish. All in all, Buddhi thinks that international students have a very easy time getting accustomed to the life here in Finland and having a smooth student life.

Before coming to Finland, Buddhi had heard some things about Finnish people: they don’t smile, and they are not friendly. After spending some time here, he has noticed that the perception he had has completely changed. His experiences with Finnish people have only been positive. He even praised them to be extremely helpful!

Good experiences in Finland and in SAMK

Buddhi has had many more positive experiences since arriving to Finland. When he first arrived, he didn’t have any furniture or friends. Thanks to the great tutor system at SAMK, Buddhi received furniture and food from his assigned tutors! He was really surprised about this, since they had never even met him before. He also received a surprise package from them that included Finnish foods, and even got to learn how to cook them! This was a really great experience for him and helped him a lot during his first days in Finland.

Best things about living in Finland

Even though Buddhi is the only one in his class at SAMK that doesn’t speak Finnish, he has felt really welcomed and has made a lot of local friends. During classes, his classmates speak in English in order to make him feel more included. With his local friends, he has formed good friendships and does a lot of fun things. Especially student parties have been one of the best parts of Buddhi’s student life!

The fact that Finland has one of the cleanest waters in the world has become very clear to Buddhi as well. He really likes the fact that you can drink water straight from the tap. There is no need to go to the store every time you are thirsty to buy water.

One last thing that Buddhi really enjoys about Finland, is the fact that it’s safe here and people mind their own business. People are able to leave their bikes outside without locking while going to the supermarket. If you forget your phone at a table at a bar, it will still be there after coming back for it. According to Buddhi, this is something that would not have been possible in Italy, for example.

Buddhi still hasn’t had the chance to work in Finland, as he has only been here for a few months. However, he is looking to find a part-time job to do alongside his studies. According to him, there is some competition in Pori when it comes to finding a job. Some jobs require basic Finnish language skills, but Buddhi says that there are still good possibilities for international students.

After graduation, Buddhi would like to stay in Finland and get a nice job here. He could go back to Italy but if things go well, he would prefer to stay in Finland. His dream job would be something that he could do outdoors and related to nature, as he doesn’t like working indoors. In Finland, there’s good opportunities to find jobs of that nature!

For future students who would like to study in Finland, Buddhi has two main tips:

When Buddhi first applied for his student residence permit, he initially got rejected because he didn’t follow the instructions carefully. This is really important for all future students to remember!

If you want to read more stories like Buddhi’s, check out our other blog posts and student stories here!

You can also book a FREE counseling session with us here, if you want to start your journey to study in Finland and have experiences like Buddhi! 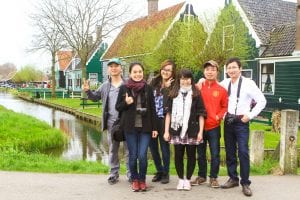 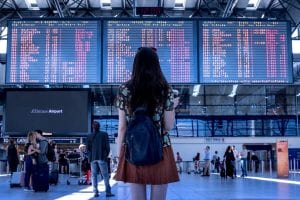 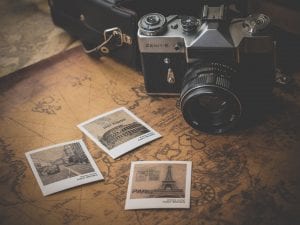 Read More »
PrevPreviousFinland – the quintessence of education: story of a SAMK alumnus
NextFrom a student to a future entrepreneur: Finland has transformed me into a new person.Next

I am sure you remember Nguyen Le, the Vietnamese alumna from Satakunta University of Applied Sciences (SAMK) and Hanken School of Economic. In my last article, Nguyen already

Before your arrival to Finland, you might be very excited and nervous. This might cause you to forget some things! There are certain things that

One of the most exciting things about studying abroad is the possibility of visiting new places and exploring new cities. While we highly recommend you 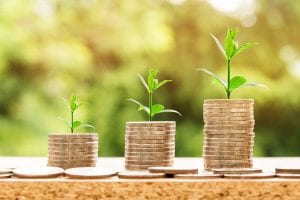 When applying to study abroad, one of the most important factors can be the tuition fee. How much does it cost to study this program?