Chinese Student in Finland: HELBUS Inspired Me to Become Entrepreneur 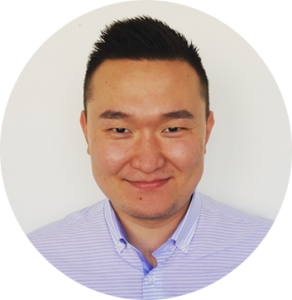 An interview with Hunter Deligeersang, a former HELBUS student in Finland.

Hunter Deligeersang is originally from a small town in western China, very close to the border of Kazakhstan. He just graduated in 2017, and is now working in one of the busiest cities in the world, Tokyo. Hunter was very kind to make time for this interview in his really tight schedule. With a few emails back and forth, Hunter agreed to have the interview with Edunation at Finnish time 12:00 and Tokyo time 19:00. He told us his experiences of studying to become an entrepreneur in Finland.

Get to know Hunter: From Hawaii to Finland

“I imagined that it would be cold. COLD.”

Before coming to Finland, Hunter studied in Hawaii for two years, mainly marketing management. He heard about the great schools in Finland, so he decided to “check it out.” He ended up checking it out for almost three years, studying in the bachelor’s program in Business and Management at Helsinki School of Business (HELBUS), and later in a program from University of Northampton, which was also taught in Helsinki. And what was the result? Hunter said with satisfaction and appreciation, “It was great. It was something that you can’t really experience somewhere else I think.”

Looking back to his study experiences at HELBUS, Hunter really appreciates how the short length of each course fits his learning style and the international atmosphere that inspired his thinking.

“The thing that attracted me the most is that each course is only three weeks and, for example, compared to other Finnish universities or other American universities, [where] one course usually lasts for almost four months. And it’s a very long time. I’d rather focus on one subject at a time, and that’s sort of how HELBUS provided us with. I think that was the most attractive thing about HELBUS. And also, of course, the international feeling, the teachers coming from all over the world and each professor has very unique opinions on certain topics or have different opinions on the same topic, different point of view. It was a great aspiration in many things.”

As a student with some previous experiences in the study field, he thinks the greatest thing that helped him a lot in “adjusting to the study rhythm is that the teachers really bring up some real-life examples instead of theories after theories, so I think in that sense, it was a lot easier for me to understand things that I did not understand.”

“I love it. Everything works so well. I think it was a great city.”

Coming from China and now working in Tokyo, Hunter’s affection for Helsinki, the largest city in Finland, is the smaller population, and how he can actually get from one point to another without bumping to someone else. He also mentioned that it was very helpful for a foreigner who cannot speak Finnish properly that everyone speaks English. (Did you know that Finns actually ranks sixth in English language skills out of 80 countries?)

He found the vivid start-up life very interesting when he noticed the many start-up companies and various events for networking and for sharing amazing ideas. Many organizations and government institutions support people to become an entrepreneur in Finland. He attended some of the events and even accomplished a small entrepreneur project with his fellow classmates from HELBUS. They organized a business event called “Ambition in Mind” to inspire students by inviting speakers, such as famous CEOs, to share their ambitions or their ambitions while they were young. It was through the project that he learned about event organization, management, communication skills and so on.

As an international student, he was treated kindly not only in the country, but also in the learning context, where the relationship between school staff and students was pretty close. Hunter described this relationship in a rather vivid way, “We can just go to their office, knock on the door, open and say Yo, you know, so it was really nice. You know whenever we bump into any problems, they are always helping. And sometimes we even go out and have a beer. So it was pretty nice.”

For Hunter, Finland also has another level of personal connection, since he is married to a Finnish woman. When asked how his Finnish was, he replied “vähän,” which means “a little” in Finnish. He could easily detect some cultural differences when it came to the way people talk and behave. “I think Finnish people are great, they are honest and very kind. And I think they are very concise when they talk, you know they talk the point immediately.” In Asia, people might go in circles before getting to the point, while in Finland, people are straightforward.

“I think studying in HELBUS really gave me the inspiration to be an entrepreneur.” Many of the skills he acquired during his study in Finland are now in use at work. At the moment, Hunter and his wife are in Tokyo helping with the family business. As ambitious and motivated as he is, Hunter is also planning to gain some working experiences and later on pursue an MBA degree.

Hunter’s words for our students!

“I think people would love it. Living in Finland. The people, the student life, and also the weather. It impresses people. I think for example in the summer, it’s great. There is always sunshine, people out, to the park and have a few drinks. I think it’s very relaxing for students to have a student life there. And the people, they are kind, and even though you don’t speak the local language, it’s totally fine. People speak English everywhere you go. And what else, let me think. And of course, there are a lot of difficulties, of course. I believe no matter where people go, there will always be something that’s difficult. But I think I would very highly recommend Finland to study.”

Q: Any advice for future students in one sentence?

“Just be yourself! Show who you are and people accept who you are. And especially when Finnish people are honest and they want honesty from others as well I believe. So it’s two-way communication.”

Remember to check our other posts below!

Spend an unforgettable summer in Helsinki

Want to study in Finland? Check out our newest programs in Business and Entrepreneurship – APPLY today!